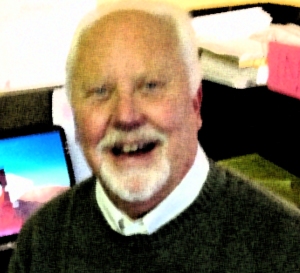 My buddy Ed Van Nuland never fails to impress with his witty one-offs.

A favorite of mine is the term he invented to describe the state of being temporarily short of funds:

This morning, out of the blue, he mentioned being preoccupied with the idea of procrastination.

Procrastination is both an art and a science.

The science is determining the exact moment you must stop procrastinating.

The art is being able to push it beyond that point.

Undoubtedly this will appear one day in auspicious collections of aphorisms and quotations. When it does, let the record show that its author is one Edward Van Nuland.

Rod Schwartz backed into a lifelong career in radio advertising in 1973 in Springfield, Illinois. He became sales manager for the Pullman Radio Group in 1979 and served in that position until 2006. He continues to serve clients in the region as the stations’ senior account executive. Since 1991, Rod and his family have operated Grace Broadcast Sales (GraceBroadcast.com), providing short-form syndicated radio features to radio and TV stations across the U.S. and Canada. Rod also operates an independent advertising, marketing, and communications consultancy for small business owners and professionals, FirstStrikeAdvertising.com. An avid photographer, Rod shares some of his favorite images of the Palouse at PalousePics.com and on his Viewbug gallery.
View all posts by Rod Schwartz →
This entry was posted in Advertising (General), Communication, Copy, life lessons, Procrastination, Uncategorized and tagged aphorisms, art, procrastination, quotations, science. Bookmark the permalink.